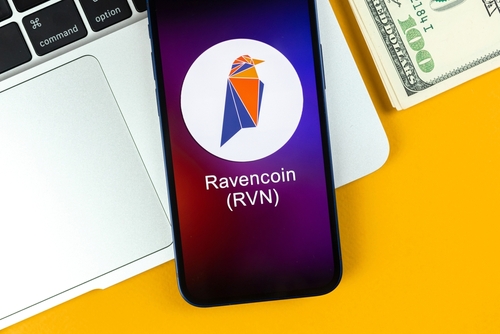 Ravencoin is up by 9% in the last 24 hours, making it the best performer amongst the top 100 cryptocurrencies by market cap.

RVN, the native token of the Ravencoin blockchain, is the best performer amongst the top 100 cryptocurrencies in the last 24 hours. It has added 9% to its value so far today, outperforming the broader market in the process.

The cryptocurrency market is starting the week in a positive fashion, with the market up by less than 1% over the last 24 hours. The total crypto market cap remains below $1 trillion, despite today’s positive performance.

Bitcoin is still trading below $20k after losing more than 1% of its value in the last seven days. The leading cryptocurrency is still trading in the red zone today. Ether has maintained its position above $1,500 and is up by less than 1% on Monday.

Ravencoin’s positive performance comes after a cold storage wallet was revealed for the RVN coin. The Ice Wallet Storage will soon launch and will support the RVN coin.

The RVN/USDT 4-hour chart is positive, as Ravencoin has been performing well over the past 24 hours. The technical indicators show that RVN is outperforming the broader cryptocurrency market.

The 14-day relative strength index of 61 shows that RVN could enter the overbought region if the rally can be maintained.

At press time, RVN is trading at $0.03203 per coin. If the bullish momentum persists, RVN could surge past the $0.035722 resistance level before the end of the day. However, it would need the support of the broader crypto market to cross the $0.040577 resistance level in the short term.

The bears might regain control of the market and push RVN below the $0.028675 support level. However, RVN should comfortably defend its position above the $0.024799 support level in the near term.

The post Ravencoin is up by 9% on Monday: Here is why appeared first on CoinJournal.