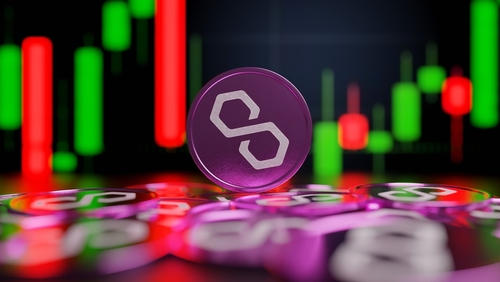 MATIC is up by more than 6% today as the cryptocurrency market looks to end the week on a positive note.

MATIC, the native token of the Polygon network, is the best performer amongst the top 20 cryptocurrencies by market cap. The coin has added more than 6% to its value in the last 24 hours, outperforming the broader market.

The broader crypto market is also recovering from its recent decline and could end the week on a positive note. The total market cap now stands around $990 billion, up by more than 1% today.

Bitcoin maintains its position above $20k and is up by more than 1% over the last 24 hours. Ether is eyeing the $1,600 resistance point after adding 3% to its value today.

MATIC’s positive performance comes after it announced that Robinhood had launched support for deposits and withdrawals of MATIC on the Polygon Proof-of-Stake (PoS) chain.

You get faster & more secure txns with low gas-fees PLUS the ability to transfer $MATIC to & from the #Polygon network via Robinhood without paying bridging fees.

The Polygon team said the move is expected to bring all of the benefits of Ethereum’s Layer-2 (L2) solutions to Robinhood users for the first time. Some of these benefits include faster transactions and lower fees as compared to Ethereum.

The MATIC/USD 4-hour chart is positive, as Polygon has been performing well over the past 24 hours. The technical indicators show that MATIC’s metrics are improving following a slump earlier this week.

The MACD line is above the neutral zone, indicating bullish momentum for MATIC. The 14-day RSI of 65 shows that MATIC could be heading into the overbought region if the positive momentum is maintained.

At press time, MATIC is trading at $0.8853 per coin. If the bulls remain in control, MATIC could surge past the first major resistance level at $0.9489.

However, unless there is an extended bullish run, MATIC could find it hard to break past August’s high of $1.057 in the near term.

The post MATIC is up by 6% today following Robinhood support appeared first on CoinJournal.